Why appeal to sculpture to engage the question of space, or rather, as Heidegger puts it, the question of what is singularly proper to space? Heidegger tells us in the 1969 text “Art and Space,” at the occasion of an exhibit of the Spanish Basque sculptor Eduardo Chillida, that it is indeed a matter of questioning about what is proper to space, that is, “the question of what space as space is.” This requires, in turn, to think space, as it were, from space itself! “What is proper to space,” Heidegger writes, “must show itself from space itself.” Indeed, far from attempting to derive space from another phenomenon, allegedly more primordial, here Heidegger insists that space should be approached as belonging to those originary phenomena, that is, the sort of phenomenon behind which there is “nothing” to which it could be traced back. Further, space is said to be a phenomenon through “the discovery of which humans are overcome by a kind of awe, to the point of anxiety [Angst],” in the sense that not only is there nothing behind it, but also because, “in front of it, there is no evasion to something else” possible. 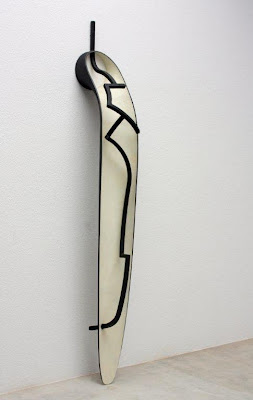