The Shadow of Heidegger


In Nuremburg, he said, they have humiliated our nation more than ever in history. Forget the Versailles Treaty. We were, then, the defeated that had to pay the price of that defeat. Now, they say, searching for our humiliation, of our total submission, we are a country of assassins. But, gentlemen, they don’t need to. Germany will be reborn, I don’t know how this Fourth Reich will come about, but it will; don’t doubt it, the spear point in the definitive war against Bolshevism. You’ll have heard something about the trial in which I participated. I can tell you the essential. The essential I’ve already said: they need us. North American businessmen fear the Soviets so much that they will, very soon, make a power out of Germany. There were three idiots at the trial. The principal, the eminent judge Ernst Janning, showed without fear the devastation of his guilt. 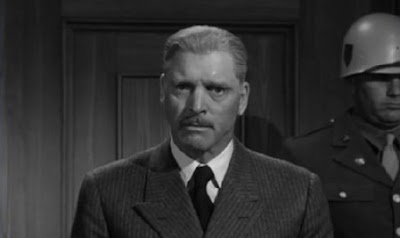 He sought, desperately, forgiveness. The principal imbecile, gentlemen, was one of ours. The other was a predictable imbecile. One of those military men that only the North Americans permit in their ranks, that which they call a “young radical”: Colonel Lawson. 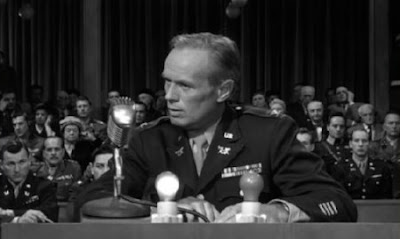 One of those that entered the concentration camps and filmed those movies they believe will harm us. A communist, Lawson was. No more, a communist. He brandished the damned question of collective guilt and buried in that bog the entire German people. The third imbecile, a poor man; a minor judge from a minor American place, Haywood, was his name. 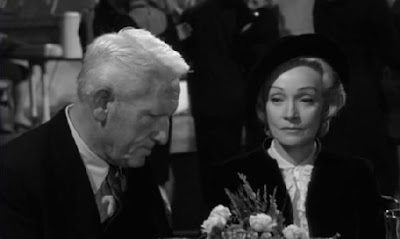 He regarded us with disdain and even with disgust. He pretended he was trying to understand, but his views were seen in his face, in the eyes, in the disdainful twist of his mouth. He was the crusader of human dignity reprimanding a group of butchers. Poor Janning, after his sentencing, he asked me to speak with him. Haywood, later, told me the sad, degrading meeting; for Janning, of course. Our great jurist (devastated by the movies that Lawson had shown) told Haywood that he didn’t know, that he had never supposed that, he said, things would go so far. Believe me, Judge Haywood, I beg you, I never thought it would come to that extreme. Poor idiot! Haywood, who was skilled in constructing effective phrases, told him: “But doctor Janning, you reached those extremes the first time you sentenced to death someone that, you knew, was innocent”. Gentlemen, for that simple phrase, Janning – and this was hushed up by the Americans –hung himself the next day. And what does that phrase say? It says a lie. It is a contrivance of statistics. It assumes that it is as terrifying to kill a man as it is to kill six million. Lawson lied too! He said that number, those contemptible six million, were taken from German archives. False! They (and their powerful Jewish associates, of course) invented that absurdity. It’s a case, I insist, of humiliating our people. I did not retreat, gentlemen. My defense was irrefutable. 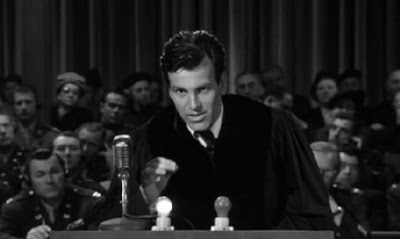 If these men are guilty, I said indicating those honest administrators of the Reich’s justice, the entire world is too! The Vatican defended Hitler since 1933. American industrialists sold him steel. The Russians signed a pact that allowed us to invade Poland. And Winston Churchill, in 1938, said that if Great Britain were defeated in war he hoped they could find a Hitler to lead them back to their rightful position among the nations. What else can be added, I asked. If Germany is guilty, everyone is guilty. Everyone created Hitler! They are, now, calmed. The red lunacy of Lawson’s was called to order. His superiors are somewhat saner than Patton, who was, at times, like every great idealist, immoderate. The idea of pursuing the war all the way to Moscow and rearming squadrons of the SS was heroic, patriotic, and honored the West. But history had its own times. Be that as it may, “Calm yourself”, Lawson’s commanders told him. “We need the Germans. We won’t have them on our side by convicting their leaders. I’ve been told that Lawson asked: “Why did we fight the war then?” As I said: an imbecile. The war was done and will be done against the Bolsheviks. We only discussed who should drive it and obtain its principle fruits: them or us. We were defeated. They are the ones who now enrich themselves and attribute to themselves all the glory. But they need us. The judges that Haywood condemned to life imprisonment (minus, of course, that broken down Janning) will be free in less than five years. That’s the logic of the times and the conflicts to come. I told that to Haywood. What was the response of the ancient and kind man from the provinces? “That will be the logic, but never the truth.” I smiled amiably. I let him go and didn’t say: “Listen, you little stupid man: the only truth is the logic of power. There is no other”. Gentlemen, in summary: I was there and I can say that the major argument of the defense was, if you’ll permit, visual. When Lawson showed the films of the concentration camps he condemned my defendants without recourse. And even the entire German people. Because the said that which is often said insidiously: everyone knew; and if they knew, then what? Didn’t they fight also in the camps for the glory of the Reich?

Labels: The Shadow of Heidegger